With is shiny green leaves and bright red berries, black bryony (Tamus communis or sometimes Dioscorea communis) is anything but black.

However, it does have a tuber (which was used in medicine) with a black exterior and the leaves, like those shown below, sometimes turn purplish black in summer and autumn. 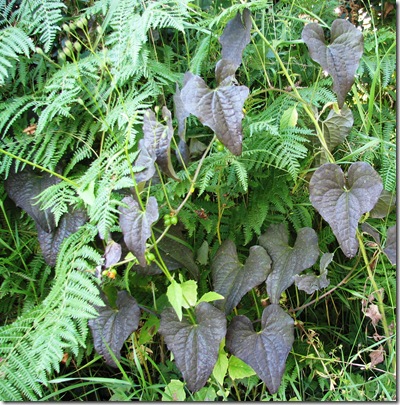 The name also helps to differentiate the species from the unrelated white bryony (Bryonia dioica), the mandrake, also much used in medicine.

Both plants are climbers with red berries.  This is white bryony at Pagham Harbour, where it tends to sprawl. 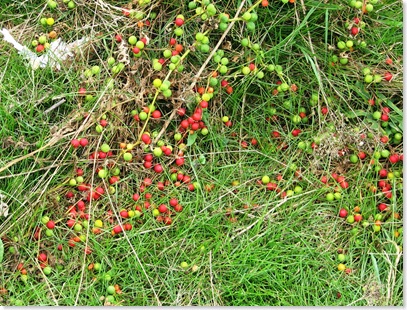 Posted by Patrick Roper at 9:35 pm