This little flowering plant, so often described as a weed, is currently brightening the ground by the north east corner of our house. 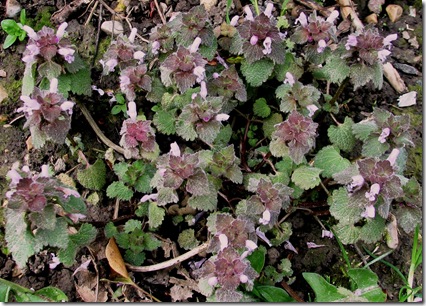 On close inspection the flowers are quite intricate and look like some alien babies with furry hoods and butterfly skirts flying above the maroon-flushed leaves. 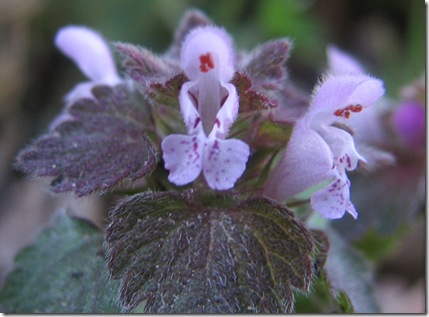 Apparently a decoction from the roots was used in County Meath, Ireland "to bring out the rash in measles", something that I thought happened in the normal course of events.  Despite the current measles epidemic, I hope people aren't rushing for the red-dead nettle roots.

Even more remarkable is a comment in Medicinal Plants in Folk Tradition (Allen & Hatfield, 2004) which I feel needs no further comment: "An infusion of Lamium purpureum, in a quart of wine, has been drunk in Essex as a treatment for piles."