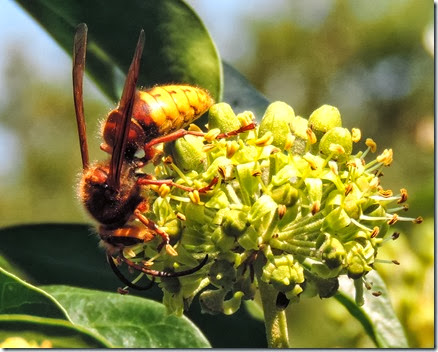 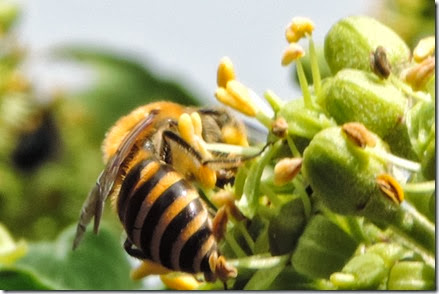 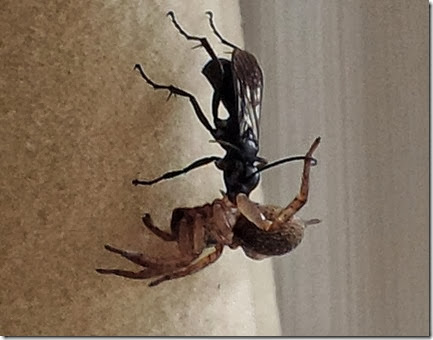 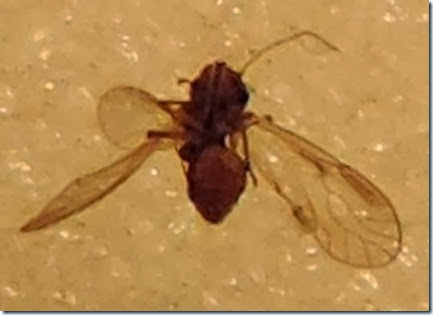 Posted by Patrick Roper at 7:23 pm No comments:

A beautiful, freshly emerged light emerald moth (Campaea margaritata) was resting on the spiders webs on the north wall if our shed yesterday. 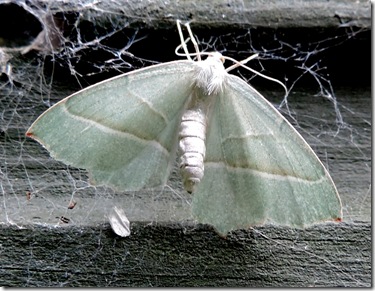 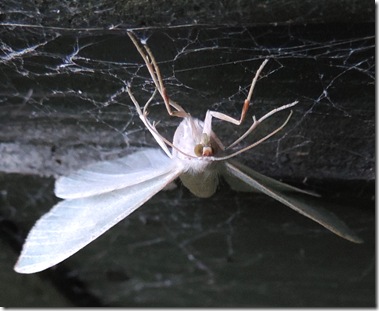 Later, coming indoors after dark, I spotted an oak bush cricket (Meconema thalassinum) on our back door and took a flash picture: 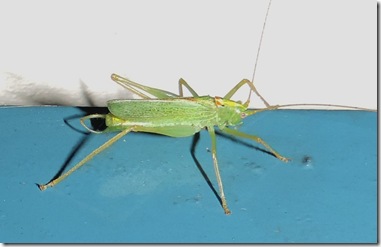 Posted by Patrick Roper at 11:16 pm No comments: