Back on the Moor again today,  Bit warmer, but still not exactly 'flaming June'.

I ventured a little further down the footpath leading due east from just beyond New Bridge, past marsh mallow and waving false oat grass along the dyke side.

At the end (TQ9450132026) I found a plant of swinecress, Coronopus squamatus, growing in the corner of the field and looking like a vegetable starfish.  It is a species I have come across from time to time before, but never growing quite so flat as this. 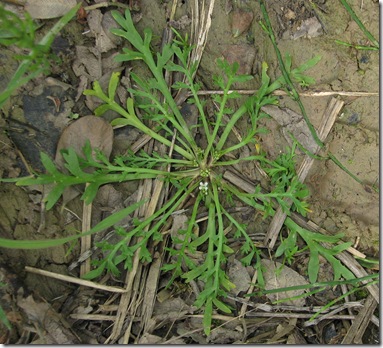 A little further on was a rickety bridge and the path continued up the hill through a wheat field towards Appledore.  I think anyone would have been reminded of the lines from Rudyard Kipling's poem Puck's Song.

See you the dimpled track that runs
All hollow through the wheat?
O that was where they hauled the guns
That smote King Philip's fleet!

Though I hope no one had been hauling guns up the hill with the intention of smiting anyone here. 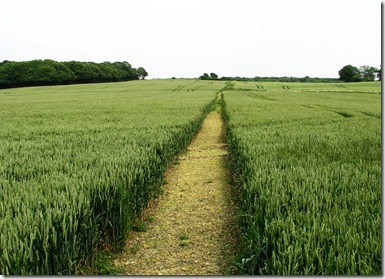 To the south another series of ditches snaked away towards the rising ground picked out the lacy white flowers of hemlock water-dropwort, Oenanthe crocata. 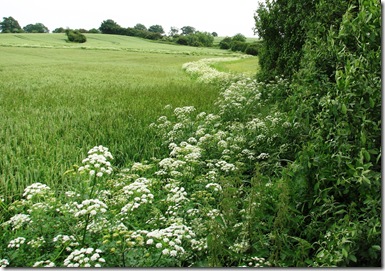 The plant is poisonous in all its parts.  Indeed, the 18th century botanical illustrator Georg Dionysius Ehret, claimed that he was nearly overcome by its fumes when he was drawing the plant in a poorly ventilated studio.  I hope the combine harvester doesn't gather it along with the wheat.

Perceptive readers will note that this post was written out of sequence. Several sections in the overall colloquy have been compiled before this one. This because I only today finished checking on the names of some of the plants I found, but more of that later.

This is about a very short walk taken from the upper car park at the Tesco superstore in Church Wood Drive to Ingleside, a road lying some 80 metres to the west beyond the houses and the woods.

‘Ingleside’ is a curious name that has been much used in Britain and America for hotels, rest homes and street and road names rather than full-blown settlements, though there is a village in Illinois called ‘Ingleside’ and also a suburb of Sydney in Australia. The word mainly seems to be a Scots term for a fireside, rather like ‘inglenook’ and ‘ingle’ is said to derive from Scottish Gaelic aingeal meaning in one of its senses fire, light or sunshine.

Although the word was often used in the past in various contexts, it was brought into greater prominence by children’s author Lucy Maud Montgomery who wrote Anne of Green Gables. Two of her later books were Rilla of Ingleside (1921) and Anne of Ingleside (1939). Ingleside was the name of the house in these novels which were set in North America and, for those familiar with the books, the word is full of the kind of romantic associations that might help to promote a new housing estate. Chapter 2 of Rilla opens:

Outside, the Ingleside lawn was full of golden pools of sunshine and plots of alluring shadows. Rilla Blythe was swinging in the hammock under the big Scotch pine, Gertrude Oliver sat at its roots beside her, and Walter was stretched at full length on the grass, lost in a romance of chivalry wherein old heroes and beauties of dead and gone centuries lived vividly again for him.

In Anne of Ingleside Montgomery wrote:

I love the name Ingleside. It's such a nice, homey name. That's what Gilbert said. We had quite a time deciding on a name. We tried out several but they didn't seem to belong.  But when we thought of Ingleside we knew it was the right one.

It is always possible, of course, that a road name refers to a person rather than a place. Ingleside does not, however, appear to be in use as a personal name in the United Kingdom though a book by E. V. Lucas called Mr Ingleside and set in England was published in 1910. Indeed, it may have been this that consciously or subconsciously inspired Lucy Maud Montgomery to use the house name in her novels. There may also, of course, have been a house in the vicinity of Tesco called ‘Ingleside’ and it further strikes me that ‘Dingleside’, ‘dingle’ meaning a small wooded valley, might have been a more appropriate name.

Having written all that I discovered that a small estate west of Tesco and accessed from Ingleside is called ‘Inglewood Gardens’ making ‘Ingleside’ a reasonable choice for the name of nearby main road. However, since the main road was there before the housing estate, it would seem that the gardens was named as an allusion to the main road, leaving us exactly as we were before. Interestingly, to me at any rate, ‘Inglewood’ as in Inglewood Forest, Cumbria, means ‘wood of the Angles (or English)’ and therefore is of a completely different linguistic origin than ‘Ingleside’.

Taxonomic considerations not quite aside, Ingleside runs through the ancient Church Wood and it is ironic that one of the roads carved out of this precious and irreplaceable habitat is called Cubitt Way, presumably as an acknowledgement of the role the housing company Cubitt & West had in the development of this estate.

My walk took me along a twitten between the back gardens of Coneyburrow and Inglewood Gardens and a short stretch of woodland before reaching the road. Despite some accumulation of rubbish, the woodland still maintained some of its earlier character with celandines, anemones, yellow archangel, wood spurge and other plants characteristic of ancient woodland under a canopy of hornbeam and ash. 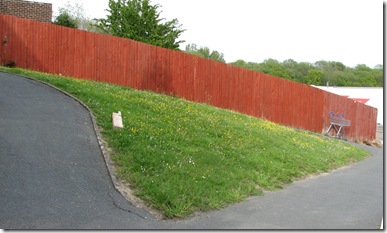 One of the more interesting species is wild madder, Sherardia arvensis. Despite scouring my books and the Internet I can find nothing medicinal about it and concur with F. E. Hulme in his Familiar Wild Flowers (1906) who wrote “It is indeed a curious fact that this Sherardia is one of the very few plants that the mediaeval herbalists and simple-mongers seem to have found no healing virtue in.” (I like the idea of being a ‘simple-monger’) . However, it seems rather unlikely that it would have been given the name of ‘madder’ if it had not had some connection with dyeing and in a Manual of Weeds by Ada E. Georgia (1914) the author writes “The fleshy roots, though much inferior to the true Madder, are sometimes used for the production of a red dye.” 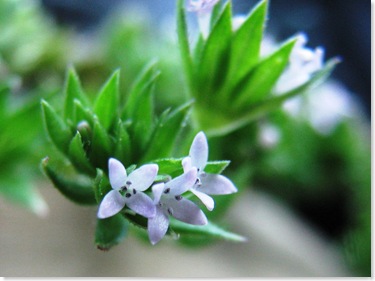 Other areas of sward in the vicinity were much less diverse and I am sure the soil for this triangle must have been imported from a not too far distant chalky location near the sea. From the car park there were two ways up to it, one a flight of steps, the other a long path with a hairpin bend to make access possible by wheel chair. Near the bend someone had earlier spilt a tin of sweet corn on the asphalt, decorating the path with what looked like a rash of septic pustules, or maybe a scatter of gigantic pollen grains.

On 9 June I walked round Inglewood Gardens, a strangely small and isolated modern estate. It was very quiet, I saw only one human being in the middle of a Saturday afternoon and there were few sounds of traffic or people.

Much of the estate was embellished by areas of lightly mown grass and many of these were quite similar to the species rich triangle just to the north. Ecologically interesting, but out of place in an area that used to be ancient woodland. Indeed a remnant of this woodland can be seen in the background of this picture of Inglewood Gardens below. 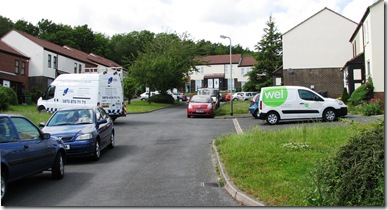 This morning I found a little snipefly, Chrysopilus asiliformis, in our garden.  A very colourful insect which seems not uncommon in Sussex. 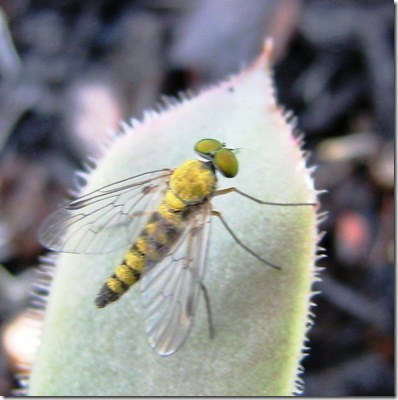 Stubbs & Drake in British Soldierflies and their allies (2001) say "Adults may be seen sitting on leaves", certainly the case with this one as it spent some time on a leaf of one of my houseleeks.

Its life history is still, I believe, unknown, but other members of the family are largely carnivorous and occur in decaying wood and soil.

Posted by Patrick Roper at 10:53 pm No comments: