While inspecting a fuchsia plant in the garden today I spotted a young hawk moth caterpillar.  It was an elephant hawk, a species that often feeds on fuchsia rather than rosebay willowherb. 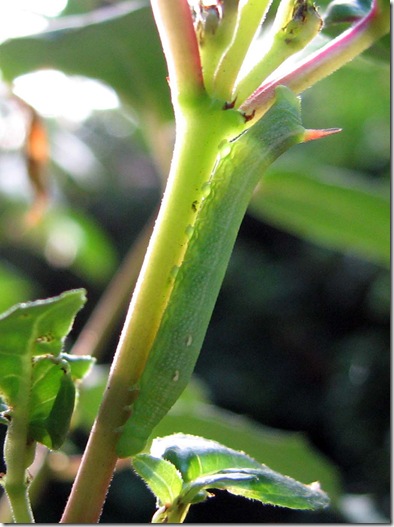 Soon it will change into the dark brown, eyed creature with the vaguely elephantine appearance that gives the species its name.

I am pleased to have found this as the elephant hawk adult is not the sort of moth that comes to lighted windowpanes and I don't think I have ever found caterpillars in the garden, though the moth was not infrequent years ago when I ran a light trap.

Posted by Patrick Roper at 9:58 pm No comments: