A few days ago a female white ermine moth (Spilosoma lubricipeda) settled on the glass of our kitchen window where it had been attracted by the light.

The following day this female (which was not there in the daytime) re-appeared in almost the same place and was found by a male when events followed their natural course. 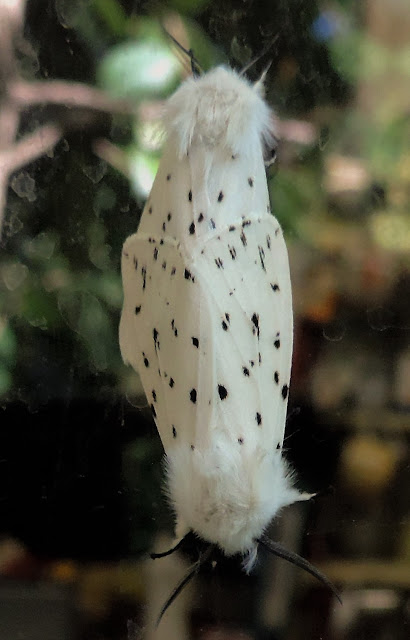 After mating, however, the moths did not leave the window pane but rested motionless side by side for several hours
.
They were still there when I turned the light off just after midnight, but by the morning they had gone. 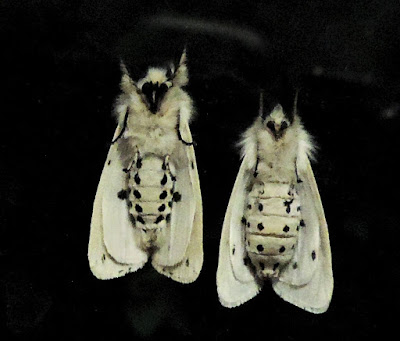 Posted by Patrick Roper at 10:59 pm No comments: