Lichens and an egg

In a wild part of St Leonards on Sea (sic), I found a dense belt of blackthorn with a post and rail fence running through.  For reasons that were not entirely clear, the branches on one side of the fence were festooned with lichens among the flower buds, while those on the other side had none, not even the smallest amount. 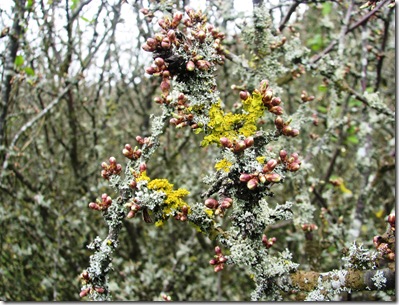 I think the phenomenon may have had something to do with the age of the bushes, though there did not appear to be that much difference.

In the garden this afternoon, a female brimstone butterfly located our coppiced alder buckthorn bush and I watched her as she spent several minutes seeking out the twigs she favoured and laying a solitary egg just on or under a leaf bud. 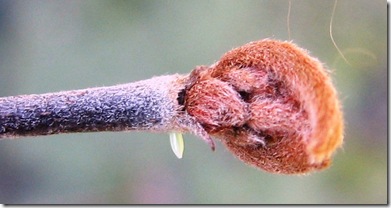 This is  the only alder buckthorn I know of within a radius of at least a mile (though I may have overlooked some) and I will always marvel at the unerring ability the females have in finding the plants.

Greetings from Idaho! I'm bored at work so I
decided to check out your site on my iphone during lunch break.
I enjoy the knowledge you provide here and can't wait to take a look when I
get home. I'm amazed at how fast your blog loaded on my phone
.. I'm not even using WIFI, just 3G .. Anyways, great blog!


my page; Beats By Dre