In the grounds of a school near Forest Row, East Sussex, I found a line of mature maidenhair or ginkgo trees (Ginkgo biloba). 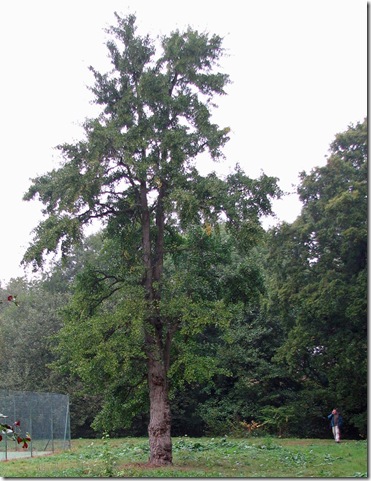 This remarkable species from China is a survivor from the age of the dinosaurs and the only living representative of its order.  It seems probable that the species has survived, more or less unchanged, for 270,000,000 years.

The tree above had a large crop of fruit rather like small greengages.  There is a soft, fleshy outer layer (said to smell very badly, though I didn't notice anything)  with a nut inside like a small hazel nut. 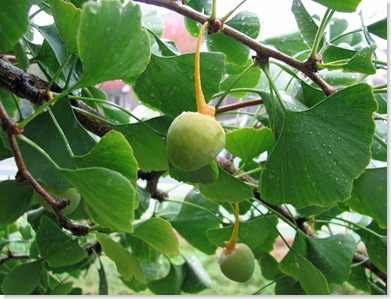 Apparently the species only fruits well in Britain after warm summers.  Another manifestation of climate change?

The kernel of the seed is popular in China and Japan and it is easy to find recipes for them on the Internet.  When raw they are said to be slightly toxic (though I ate one and it had no ill effects) so they should be roasted before consumption.  All the descriptions of its taste that I have seen differ.  To my mind it was somewhere between a hazel nut and a soya bean and quite pleasant though unremarkable. 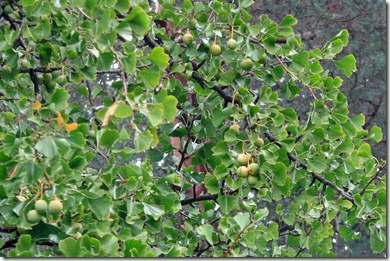 Posted by Patrick Roper at 5:35 pm No comments: