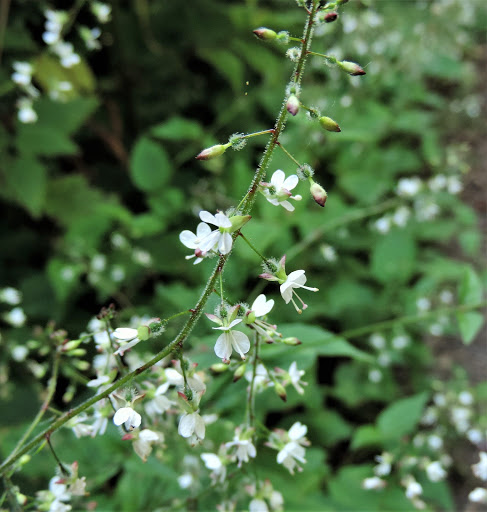 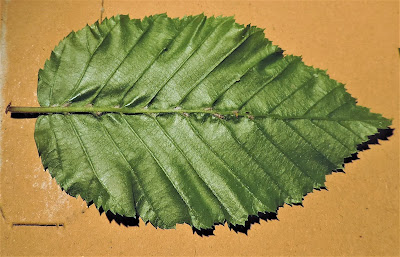 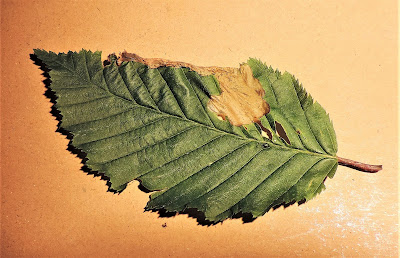 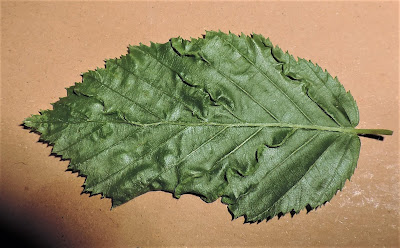 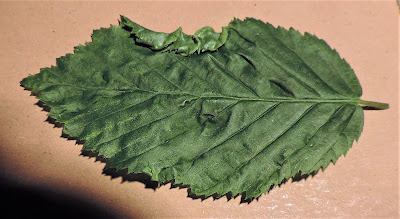 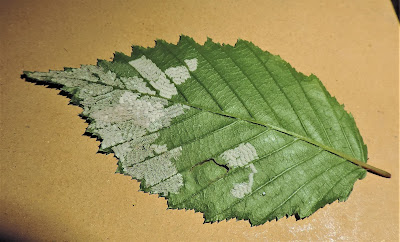 Part of our garden is carpeted with creeping comfrey, Symphytum grandiflorum. 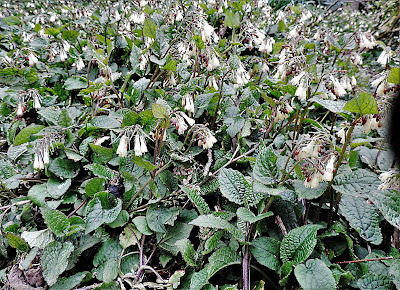 The white, tubular flowers are very attractive to bumblebees and must be nectar rich.  This picture was taken on 5th April and the plant had been in flower for well over a month, helping the bumbles to get off to a good start.

Most species of comfrey have had many medical applications in the past, but these are best avoided as plants in the Symphytum genus have been shown to be somewhat toxic.

We also have a colony of Hidcote comfrey, S. x hidcotense, with blue and white flowers but the same creeping habit.  I think this must have been the plant Kenneth Grahame wrote about in Wind-in-the-Willows: "Comfrey, the purple hand-in-hand with the white, crept forth to take its place in the line." 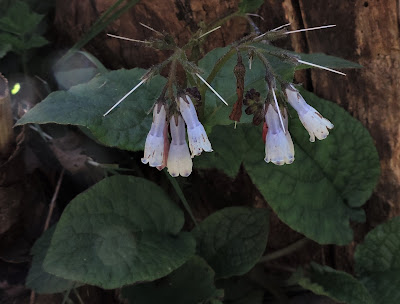 Posted by Patrick Roper at 6:26 pm No comments:

One of the most delicately beautiful phenomenon of this rising spring are these arching leaves of wild onion (Allium vineale).  It seems to me an uncommon shape in our British flora.  These are just outside my Square Metre project and I think they may produce heads of bulbils this year.  The first wild onions appeared under the medlar tree a short distance away many years ago where their bulbils were probably dropped by birds. They are slowly advancing eastwards towards the Square Metre itself but have never 'flowered'. 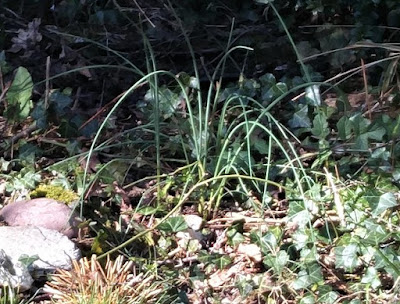 A relaxing half hour can be had by contemplating these onion loops and listening to John Adams Shaker Loops at the same time.

Posted by Patrick Roper at 7:42 pm No comments: