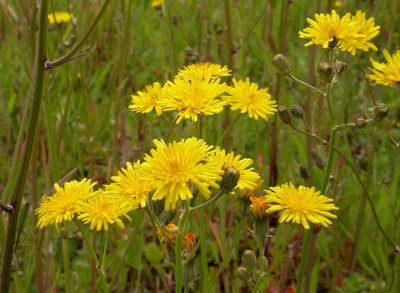 Coming, as it does, between the dandelions and the yellow composites of mid to late summer, it is a useful source of pollen and nectar to early flying insects. The leaves have even found their way into salad (as have those of most plants of this ilk) in southern Europe but are very bitter.
Posted by Patrick Roper at 8:56 pm