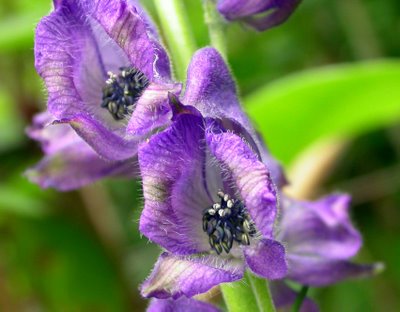 Monk's-hood is probably the most poisonous of all British vascular plants. Its juice was rubbed on externally as a pain killer and it had a wide range of other medicinal applications. Inevitably there are all sorts of folk tales surrounding a plant with as sinister a reputation as this.
Posted by Patrick Roper at 10:40 pm