The early purple orchids (Orchis mascula) are now at their best and I thought it was worth posting another picture of one of the white-flowered examples. 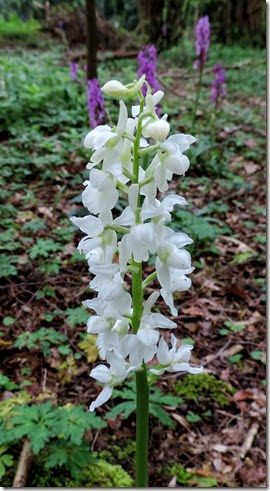 Along the bank where the old beech trees grow there are quite a few beech seedlings indicating that last year was a good mast year with plenty of viable seed being produced and not too much of it taken by seed predators.  It remains to be seen how many of these seedlings will survive into adulthood. 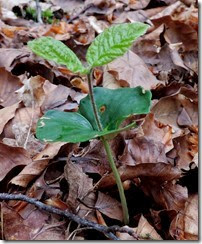 There seems to be a growing number of slime moulds about too.  The yellow example is one about to change from a plasmodium to a spore bearing example, while the orange balls are the spore-bearing bodies of one of the Lycogala species – difficult to determine to species level.  They have some interesting vernacular names: wolf’s milk, toothpaste slime and groening’s slime.  ‘Groening’ is spelt both with a capital and a lower case ‘g’ so it is not clear whether it refers to something or someone, though bird-catchers have been known as ‘groenings’ in America, so maybe the slime mould is thought to resemble birdlime. 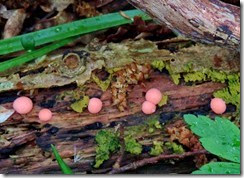 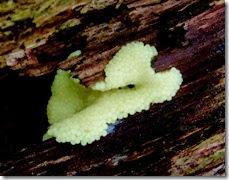 Posted by Patrick Roper at 3:18 pm