People have always been fascinated by the way an often chaotic-seeming nature produces intricate patterns of organisation. 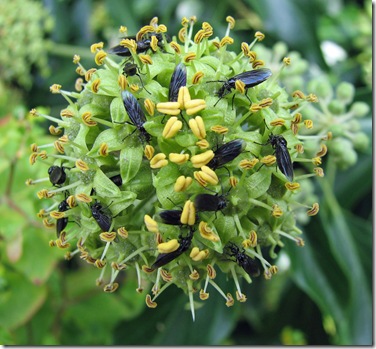 Recently I have bee intrigued by the roundness of ivy flowers and the way that insects, such as the fever flies (Dilophus febrilis) distribute themselves apparently in orderly fashion across the flower heads.

These insects - they all seem to be females - were in the flower heads for a couple of days then they all suddenly disappeared. 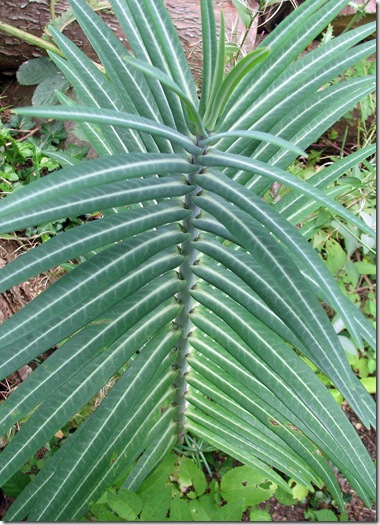 Caper spurge (Euphorbia lathyrus) is really a weed in our garden and does not, as sometimes suggested, drive away moles.  The leaves arrange themselves with great symmetry in four rows around the central stalk.  Very few British plants seem to be like this, but I have seen some unrelated plant species from New Zealand that are similar.

Caper spurge is not a British native but a long-standing resident species known as an archaeophyte and originally from places further south.  It is widely naturalised out side its native range.