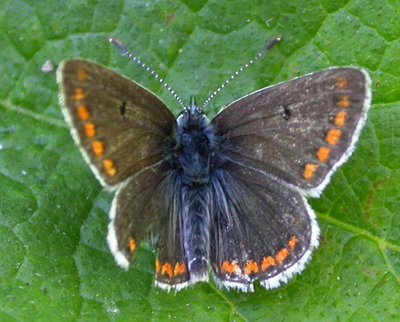 The first generation adults are probably over by now, but there should be a larger second generation from late July to early September.
Posted by Patrick Roper at 11:15 pm